This project has allowed me to learn and experiment with the way that Mediatonic build levels for Fall Guys. I initially built a copy of their design macro from a talk by one of the senior designers. This allowed me to generate a small number of ideas that I could then build into a full level blockout. One thing I wanted to work on with this project is the idea of rapidly prototyping. I gave myself 24 hours from conception through to a blockout to complete at least 1 level.

A screenshot of the design macro. I came up with a few suitable ideas, but decided that Power Struggle was the best to build into a blockout.

The above images are two topdown sketches created from the macro ideas. They provide a simple idea of how the level could end up looking, and helped me start thinking about potential problems with the mechanics and how I might go about preventing those design errors. 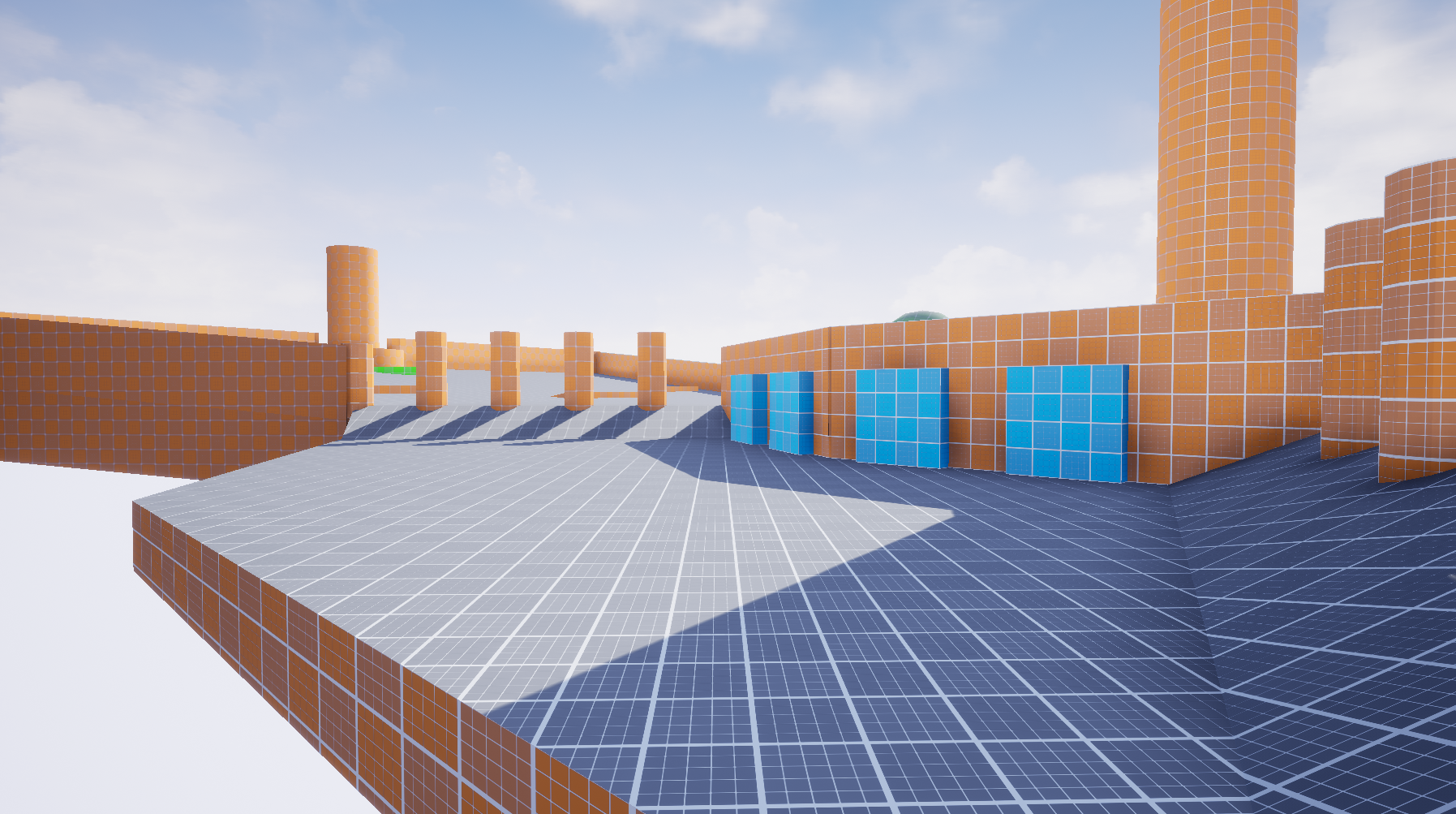 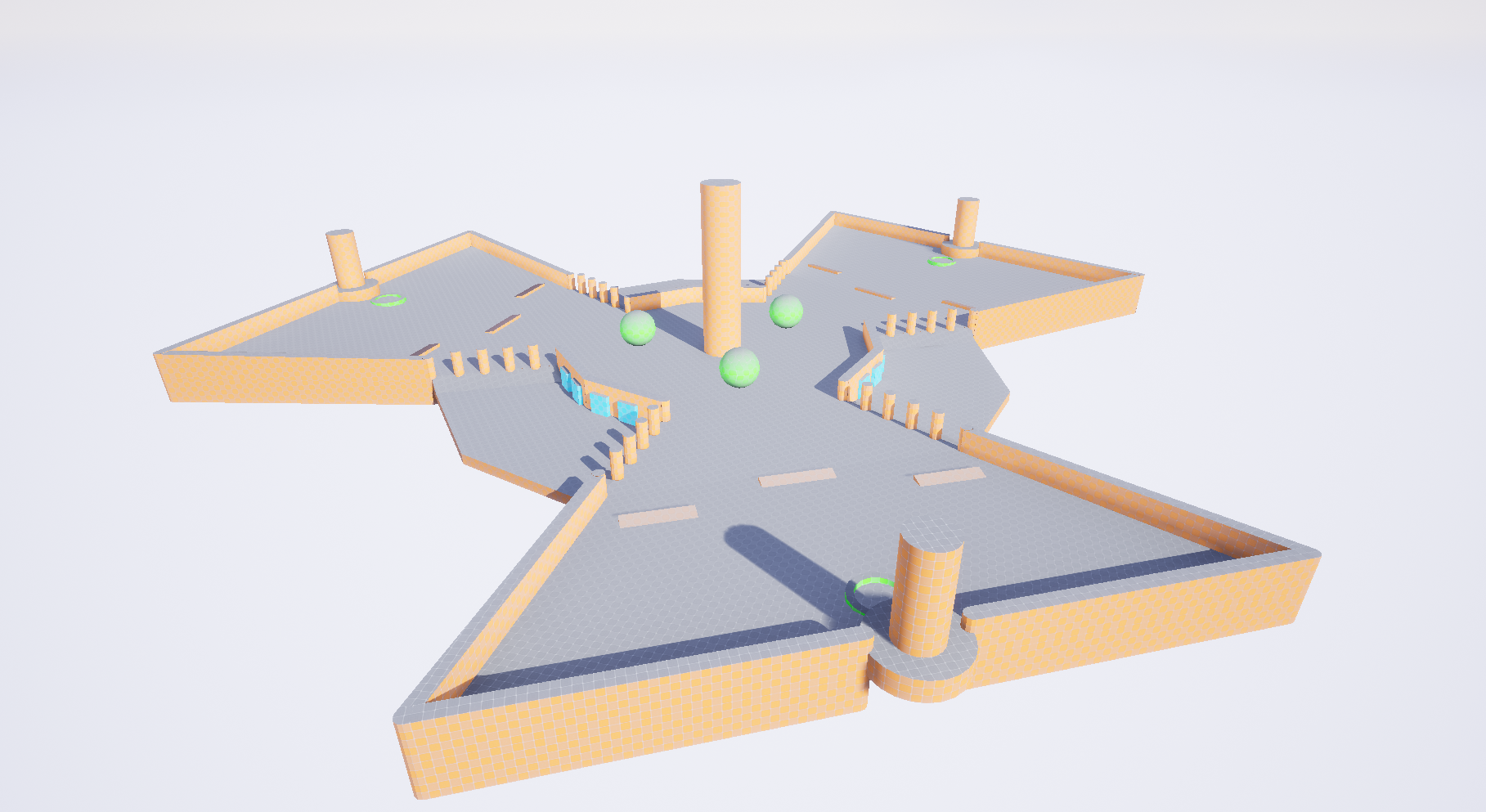 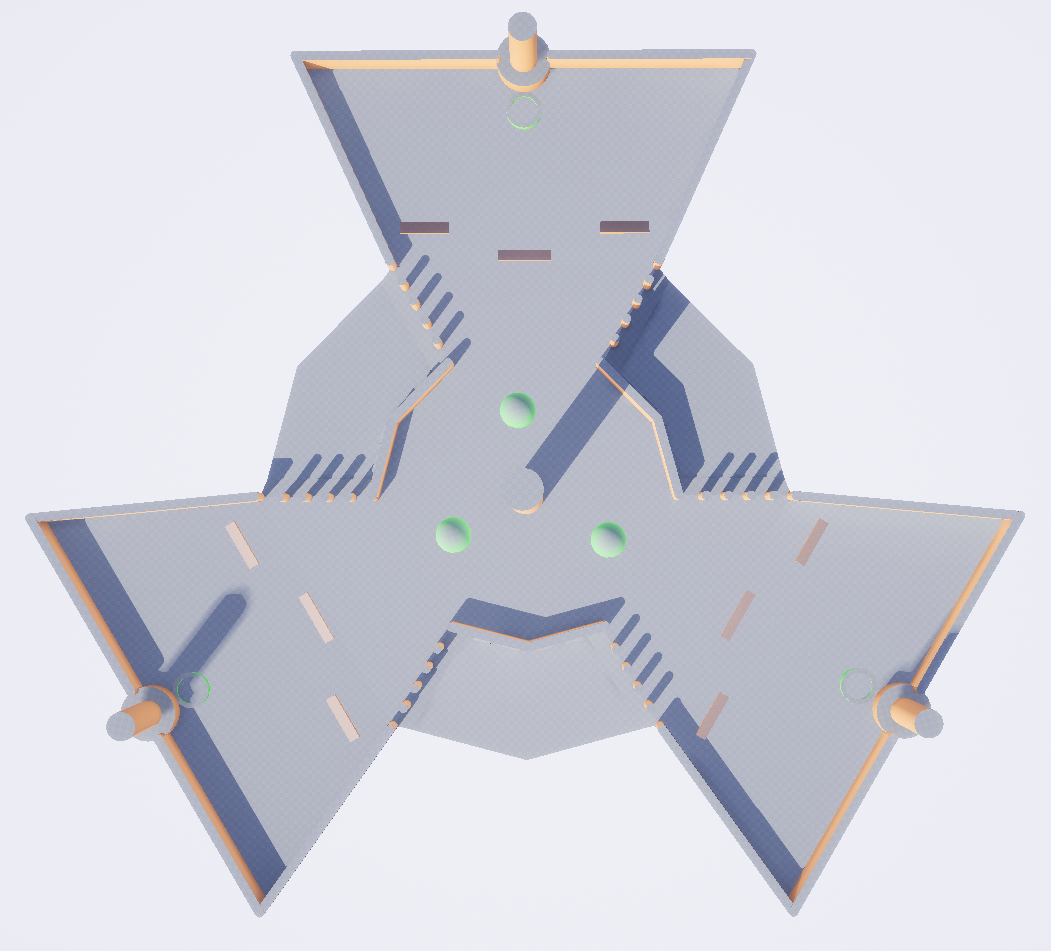 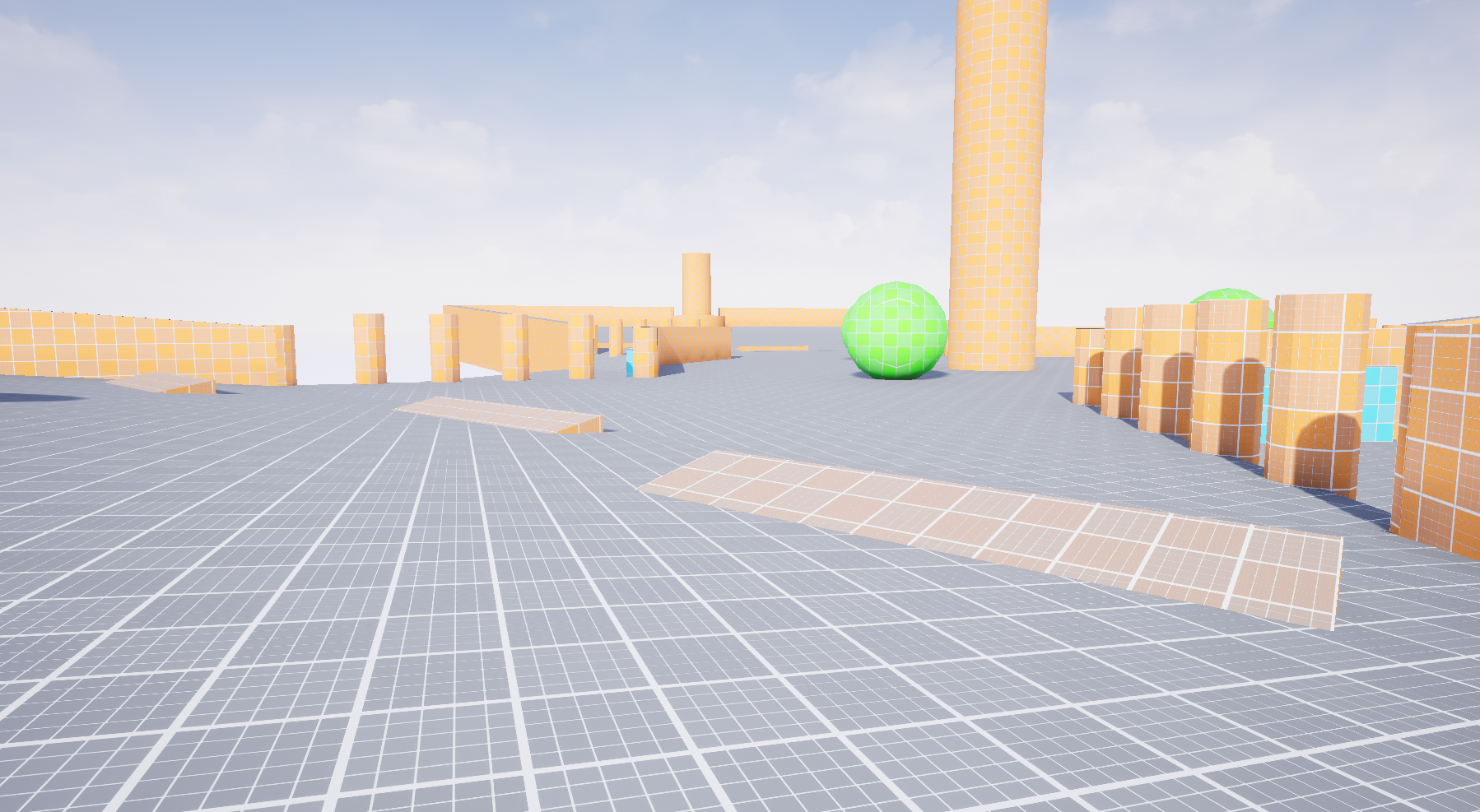 Some of the interesting changes from the topdown to blockout included the changes in the sidelanes. As you can see in the first image, i've added barriers to allow players to pass, but not the plugs. These sidelanes are intended for players to quickly get to the opposing teams side, but this shortcut isn't without risk. The blue cubes represent fans or other dynamic obstacles that try to push the player off the edge. In this scenario they would respawn back at their base.

Short video that provides a sense of scale. I also quickly implemented a blockout for the mechanics at play in regards to the plugs and how the map is scored.