Outcomes:
- Low-fi Asset Style - As part of the project I learnt to produce 3D assets with a pixel art texture, contributing to the overall style of my 3D games going forwards. While it wasn't difficult, the assets had to hold the same texel density so that they felt consistent.
- Niagara Particle System - Another good outcome, transitioning skills from Cascade to Niagara was on my list for a while and was relatively easy to do.
- Stretchy Arm Mechanic - This mechanic was inspired by a post I saw on Twitter of someone who had built something similar in Unity. Where they were using it as a grappling hook, I thought it could be quite cool as a way to interact with physics objects in the world.
- BSP and Level Blockout - This was a good way to practice my 3D level design pipeline, and have learned several new methods of implementing good level design. 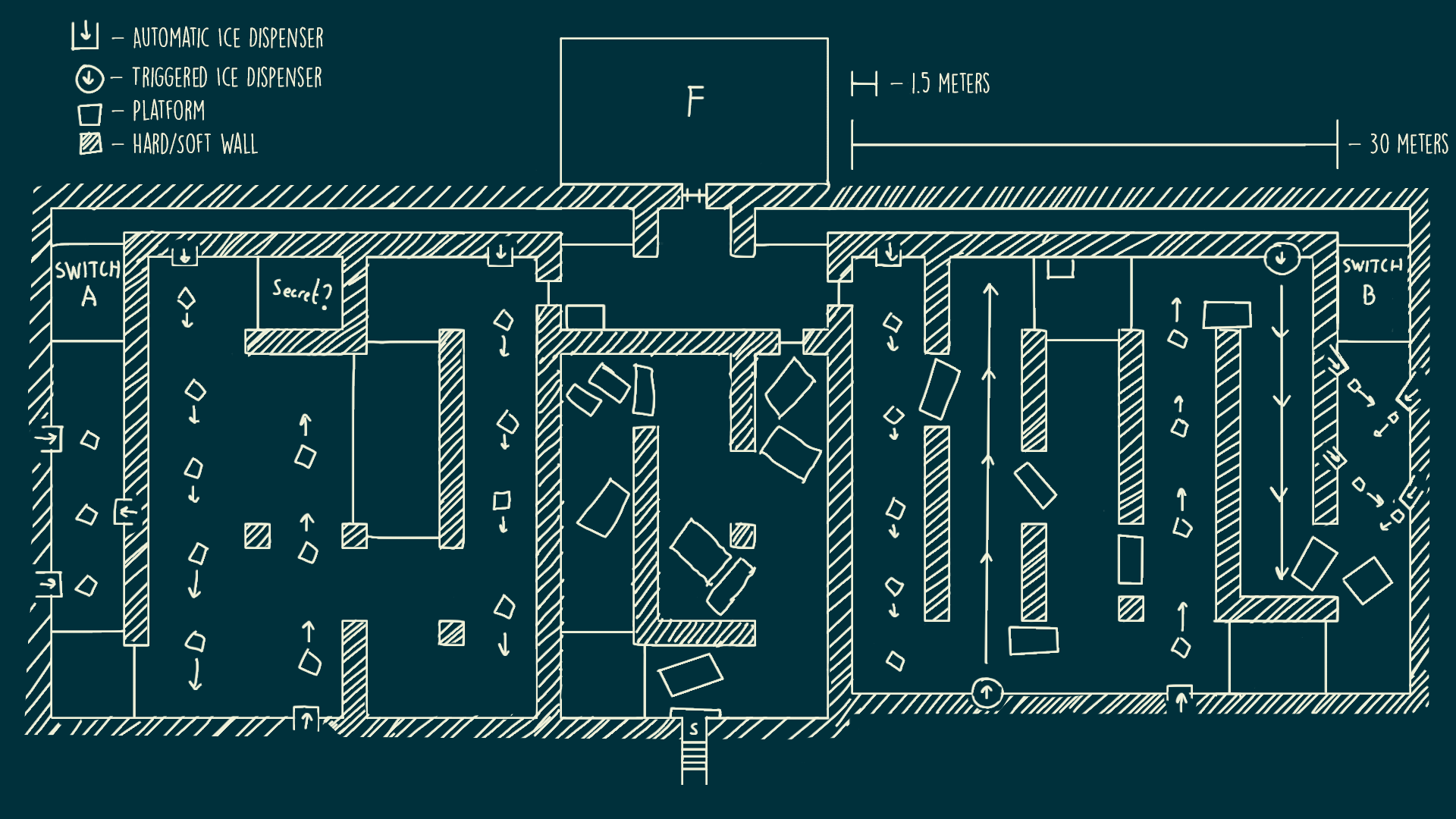 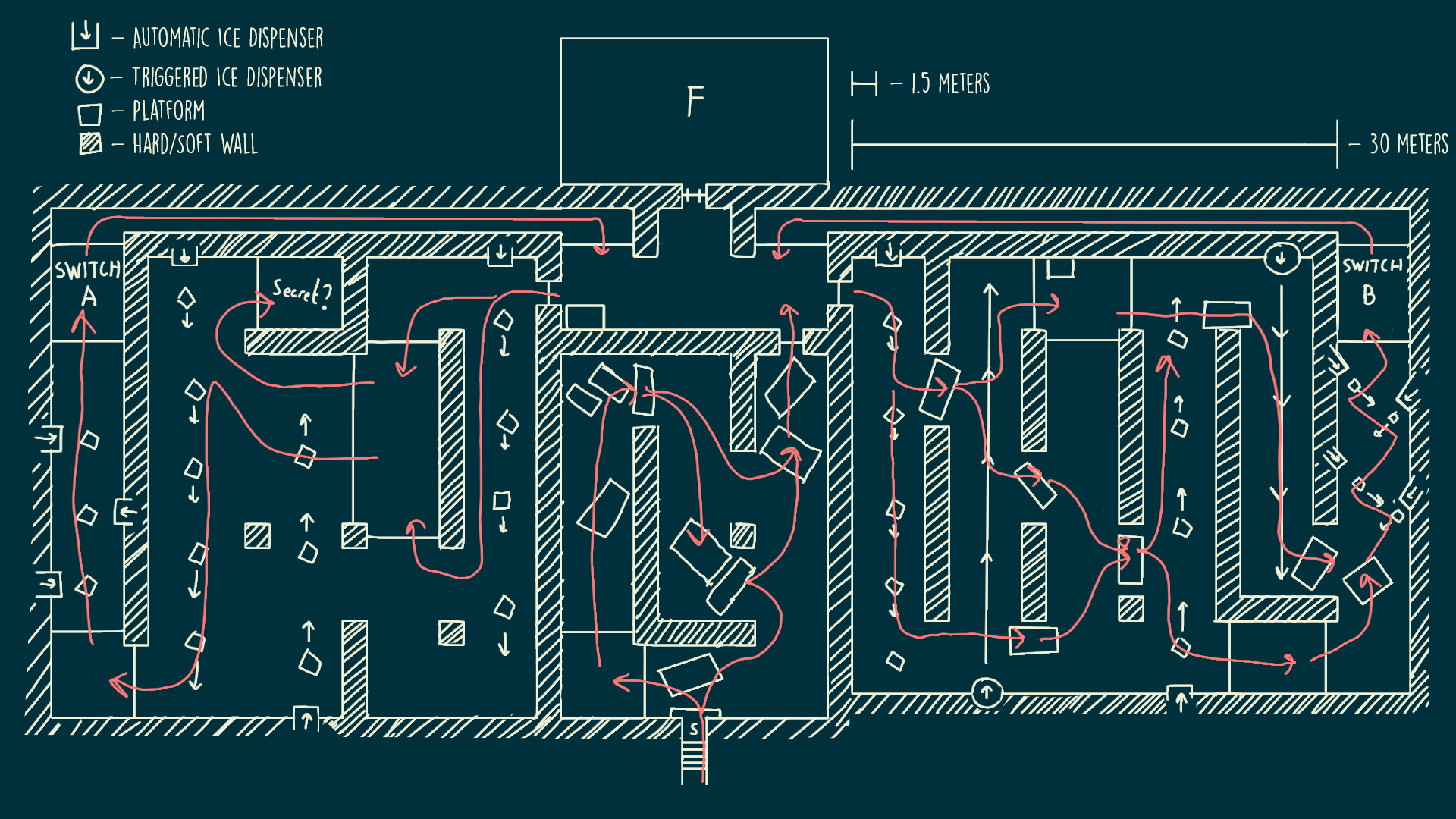 In-engine blockout for scale and perspective. 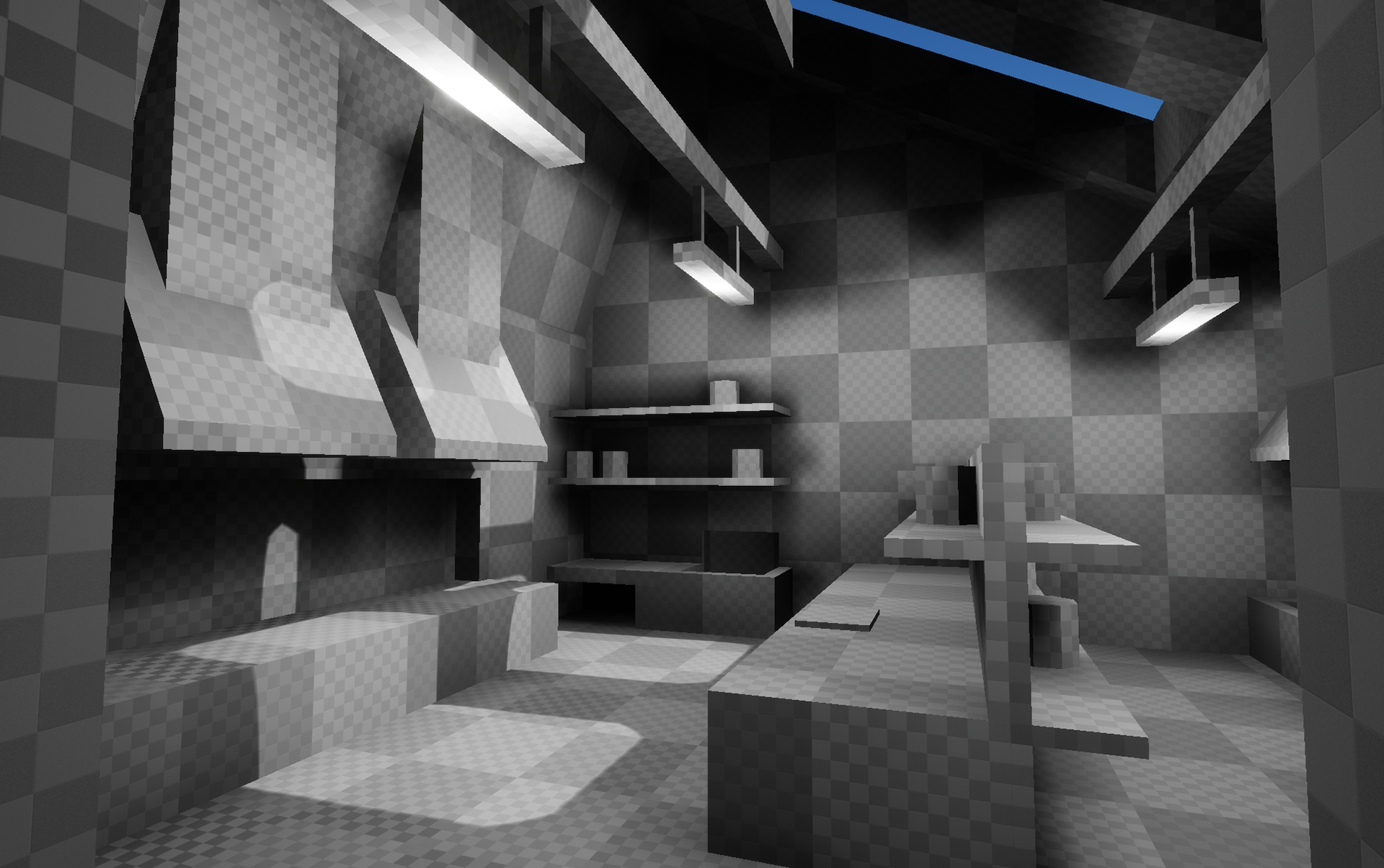 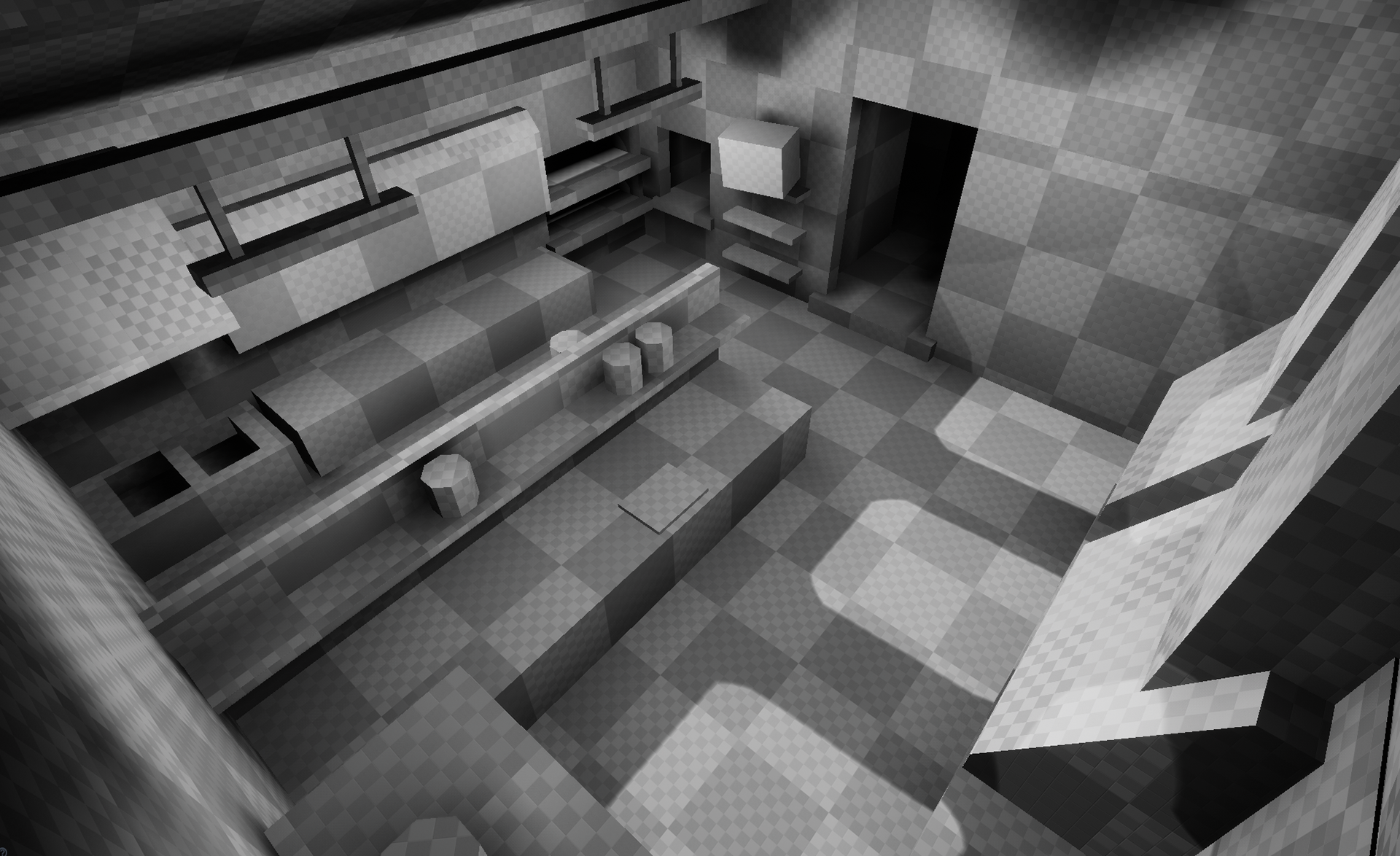 BSP blockout of the Kitchen area. Currently working on assets to build out the scene. This was built off a floorplan designed in 2D.

Early exploration of a market area being over-run by a big snake.

Speedrunning shooting the hoops in a level designed for a quick moodtest.